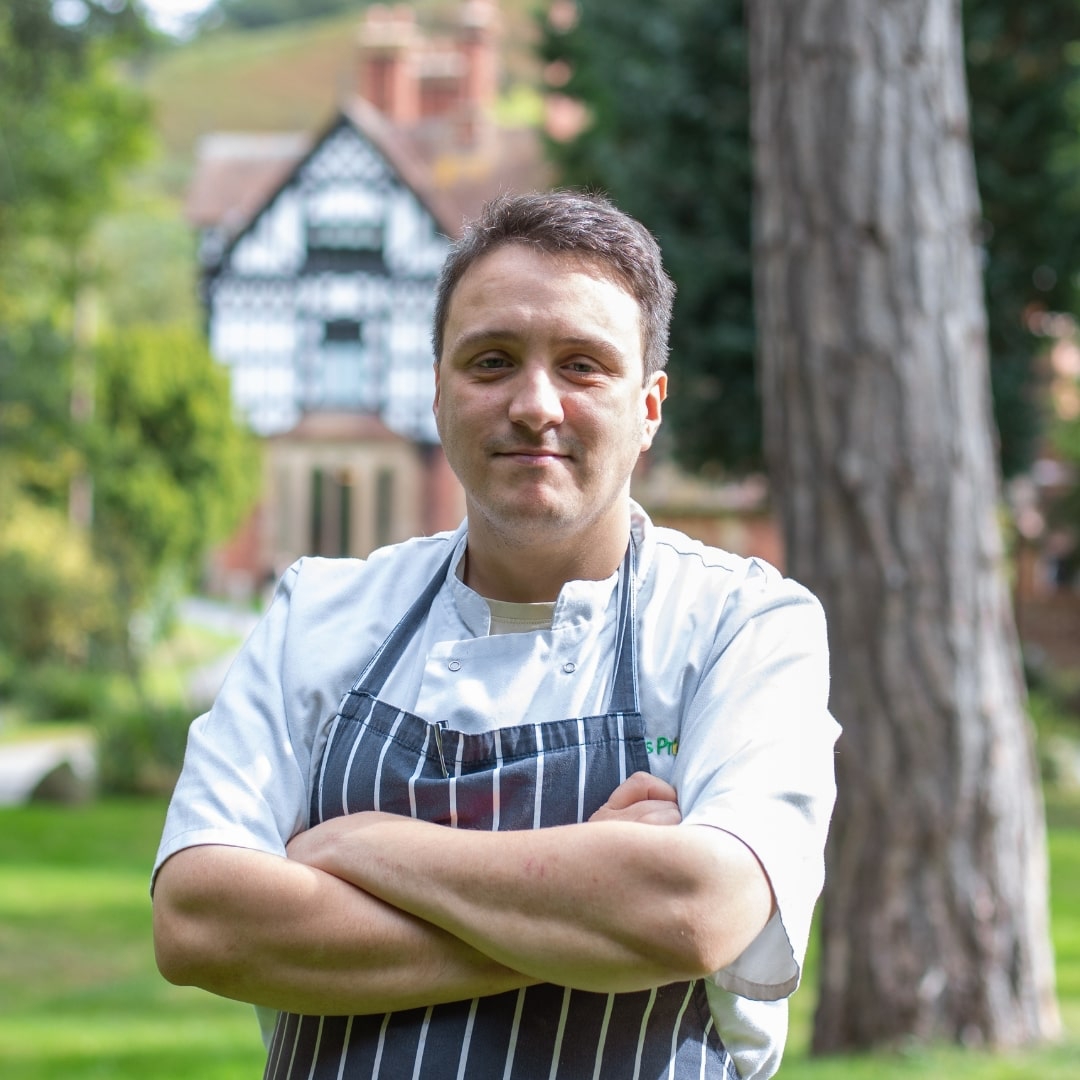 Newly appointed Head Chef David Cox who has worked and trained in Michelin-star kitchens has taken the helm at our award-winning country house wedding venue.

Head Chef David and his team will preside over 125+ weddings a year at our historic hall in the rolling countryside of North Wales.

David, who has over 15 years’ experience working in a number of Michelin and multi-rosette winning establishments, is a chef with a keen eye for detail and a seasonal-first approach to food.

David said: “Tyn Dwr Hall has been a venue I have admired for many years and to have an opportunity to put my own stamp on the menus and catering direction of the hall is a great privilege. We have an amazing array of suppliers here in North Wales, providing us with the very best in Welsh produce, so whilst I can’t say creating menus is easy – it certainly makes my job a lot easier!”

And whilst the wedding season here at the hall is well underway, David is already planning for next year and dreaming up a series of unique menus for couples who are getting married at the hall from 2022 onwards.

Tyn Dwr Hall was recently announced as Wedding Venue of the Year in the North Wales Wedding Awards and this month, it celebrates its fifth anniversary, after it was respectfully renovated by owner operators One Hundred Knights in 2016.

Despite having aspirations to become a firefighter when he was young, David had his first role in a two Rosette hotel kitchen, aged 17, where he learned all classical techniques, as well as how to butcher a whole animal, bake bread and handle busy services.

After getting the taste for becoming a chef, David went on to work with the likes of Luke Tipping (Simpsons), Rob Weston (La Trompette) and Gary Foukles (Angler), and learnt tricks of the trade with Michelin-star chef Claude Boss at Hibiscus later in his career.

Most recently, David has been Head Chef at other prestigious wedding venues but said he is keen to put his own stamp on the menus at Tyn Dwr Hall.

“I am already working on creating a balanced menu to help cater for the vast array of guest we have the pleasure of hosting,” said David, who is originally from Wrexham.

“The hall is in a very special part of the country and I want the menu to reflect the surroundings and heritage of the landscape. Food evokes many emotions and we want every happy couple and their guests to have a lasting memory of their special day with a great taste to go home with.”

Tyn Dwr Hall General Manager, Tracey Owen, said: “The past 18 months have really been a whirlwind, but we are back to doing what we do best – hosting weddings! Having David on board is a real coup for the hall. He has such a wealth of experience and a calm and measured approach to the role; so it’s a pleasure to have him join the team. We can’t wait to taste his culinary creations!”

The best way to keep in touch with Tyn Dwr Hall is to sign up to our news, offers and events below.